5 MISCONCEPTIONS MEN HAVE ABOUT PRACTICING YOGA

Yoga can have plenty of great benefits for men, and it’s easier than ever to get started.

No matter how unconventional a new workout or exercise seems, chances are you’ll try it if you can envision the results it provides. Until recently, the same couldn’t be said about yoga. Between 2012 and 2016, the number of Americans doing yoga grew by 50 percent. In that time, the amount of American men practicing yoga more than doubled from four million to 10 million, according to The Good Body.

Your favorite athlete? Chances are they’re now practicing yoga. Even with its growth, accessibility, and popularity at their highest, there are still men who have the typical assumptions that many used to have of the practice: it’s expensive, it doesn’t help build strength, it’s too quiet, and the list goes on.

Anthony Chavez is CorePower Yoga’s director of personal transformation and mindful leadership, and he’s been teaching yoga for 10 years. He was once one of those men who bought into the myths of what yoga was and scoffed at the thought that it could bring him any true benefit. But he quickly discovered that the benefits served him on and off the mat.

We reached out to Chavez to talk about some of his own prior misconceptions about yoga, how it’s gone mainstream in recent years, and why yoga will more than likely kick your ass like any other workout. Here, he gives his take on some common misconceptions surrounding yoga for men and the benefits they’re missing out on. 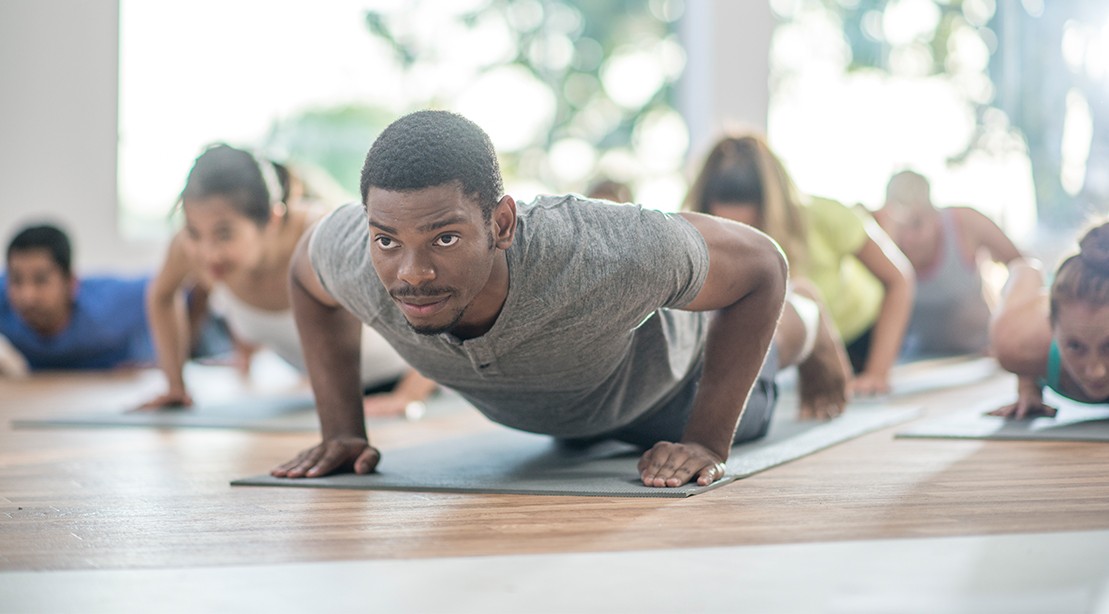 I grew up playing baseball and basketball. I played in college, and stretching was always the last thing I ever wanted to do—only if the coach was watching, and for half a minute. That’s always what I thought yoga was. When I started to practice, what I personally noticed was that 90 percent of the poses are weight-bearing, so it’s not even a ton of stretching. But the big thing was that after I stopped playing baseball, I became an ultra endurance athlete.

As an athlete growing up and being around a bunch of dudes, yoga was actually what we were searching for, especially once in college and beyond. Our initial impression of what we thought it was started to change when we found out that athletes like Kobe Bryant did yoga or when Stephen Curry was photographed meditating before games. Even when the Seahawks won the Super Bowl, that was the year they also instituted a regular yoga practice. Fast-forward to today, and Nike released a yoga line for men.

The short answer is that all of the people and athletes we grew up idolizing are now utilizing yoga, which makes it more OK for dudes to drop in. Before, it was mostly women, and the misconception was that yoga was just about stretching, but we missed the fact that there’s a mental performance aspect to it. I say this because, for me, what yoga unlocked was on the inside—my ability to stay calm or to drop into the zone. Through regular practice, I was able to tap into that pretty regularly. 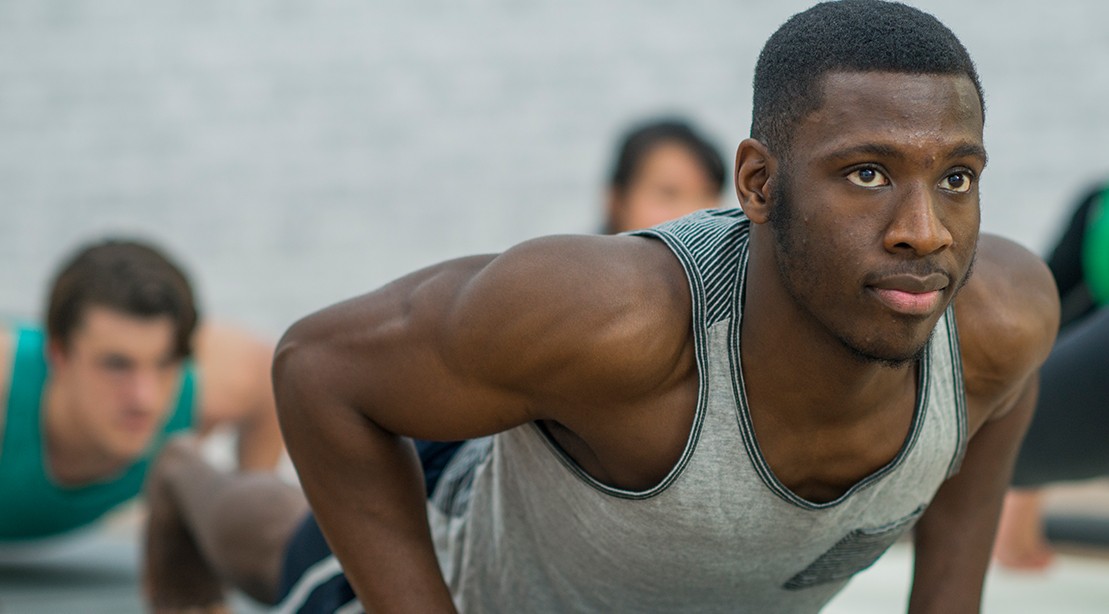 Yoga once had a weirdness about it, and it just wasn’t mainstream. Back then, Lululemon didn’t really exist—they were just a baby company. CorePower was started 16 years ago, and we were pioneers in yoga. We added music and made a yoga sculpt class, which made yoga more accessible to people—less fringe-y and more current. I’ll teach and have Rihanna playing in my class, versus chimes and nature sounds.

Once it became more accessible, people started to show up. Part of it was a lot of women who would bring their husbands and male friends. Once they saw what it was, they started to commit. I think the second part of that was once they were in and they started to practice, they began to realize the benefits of yoga reached far beyond the hour spent in the studio. There’s flexibility, it’s a full-body workout, it deepens your breath, and there’s the meditative aspect. What they notice is that they’re better able to perform on the field and in the boardroom because of the equanimity inside of their mind. 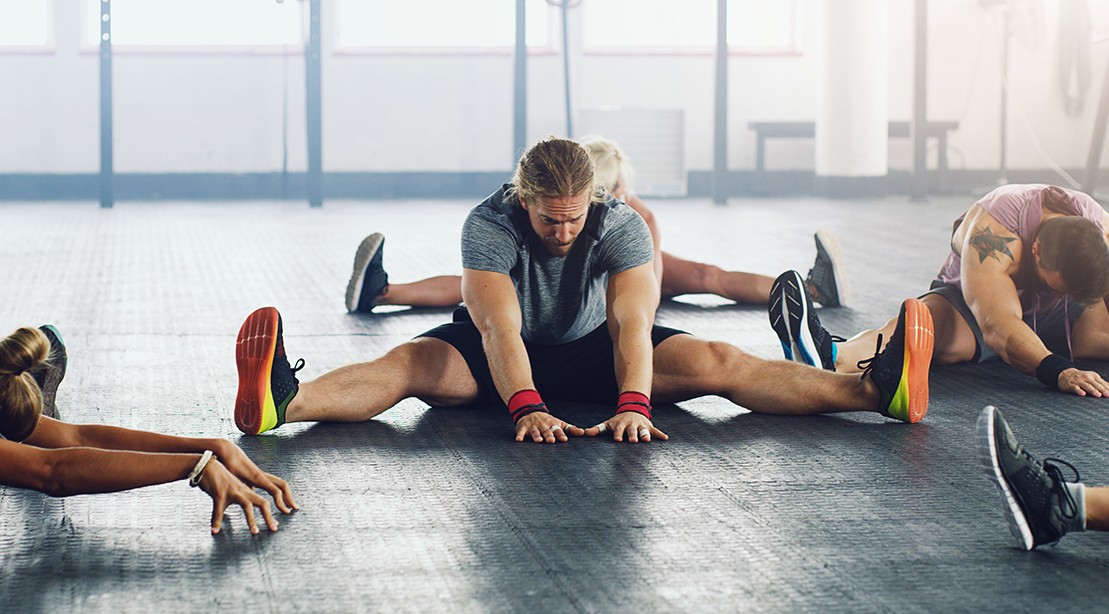 Yuri_Arcurs / Getty
Know This Before Entering a Studio

The first thing you should know is that yoga is for everybody. Inside of the studio, everyone is accepted and allowed, and nobody is judged. Regardless of your fitness or “yogi” level, it’s all good. You should be able to work at your own level and move through the practice at your own pace. I think that’s a big selling point. Not all forms of yoga are easy. Some are really hard and require years of experience, so if you’re super fit and experienced, it has something for you as well. 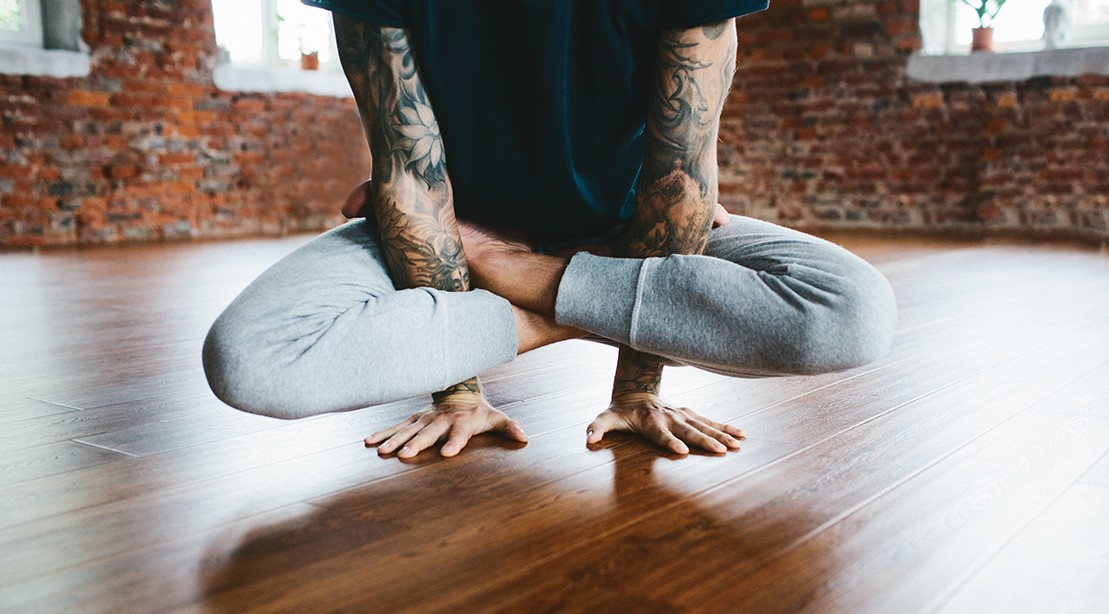 I did an Ironman a couple of years ago, and I didn’t have time to do the prescribed training: the swimming, the running, and the biking. Because I travel so much for work, I’m on a plane most of the time, so to make that happen, I took a bunch of yoga sculpt. Essentially, the bulk of my training for an Ironman triathlon was just yoga sculpt, because it hit everything that I needed to hit besides the swimming. It’s one of those classes that is dynamic in nature and it’s total body, which specifically, for men—in my experience—is key.

Yoga sculpt is dynamic, so you’re doing things on one leg with weights, a lot of glute work, and things you don’t typically focus on that allows you to fire up those stabilizer muscles. It ends up being this total-body workout that I haven’t experienced anything similar to.

There are many styles of yoga. CorePower’s yoga sculpt is an intense, physical workout, but there are some practices where you just turn down the lights, lay down and stretch for an hour, which is fine. With that being said, yoga sculpt still has stretches and poses for the muscles, so that you leave with the contraction, relaxation, and the stretch, and you’re not tight. This can help aide when you get on the field, and a big key for performance is being able to move explosively to your left, right, up and down—not just be balled up and tight. For most people, sport is life. It’s chasing kids around or playing ball with their family, and you need to be able to move and jump, to grab that kid off the stairs before they fall. 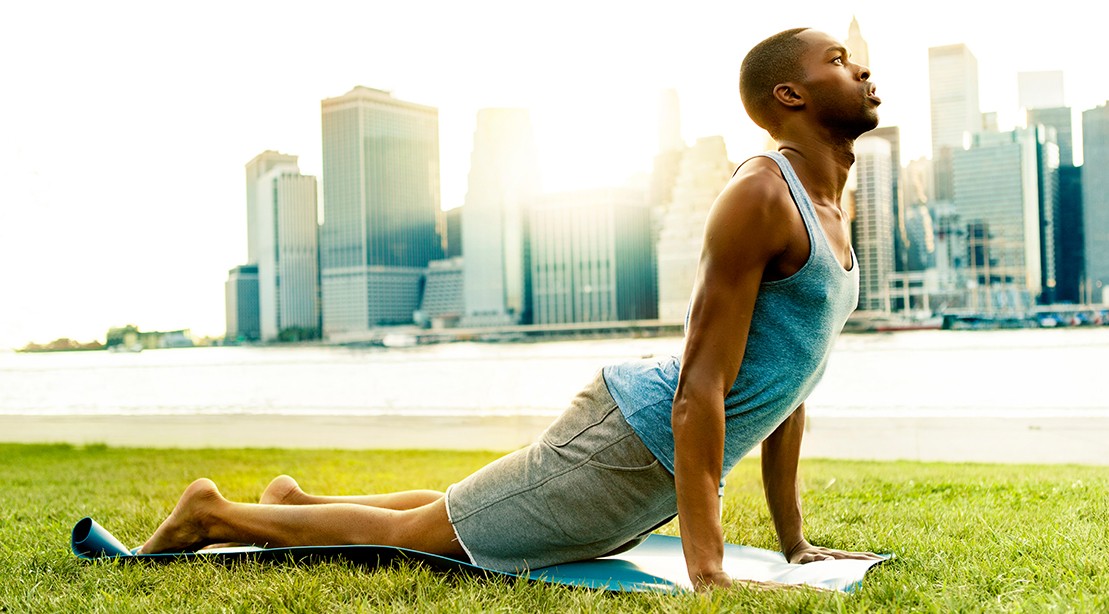 It depends on your goals. If you want to make that the base of your health and wellness routine, you can take a yogapractice five to six days a week. If you were in college, playing ball, and still working on your sports-specific skills and training, then you could supplement two to three times a week and you would still have all the benefits of it. It’s marathon season right now, so a lot of people are beginning to pound the pavement.

2 thoughts on “5 MISCONCEPTIONS MEN HAVE ABOUT PRACTICING YOGA”