Research in mouse models shows that time-restricted eating could be an effective preventive strategy for cancer.

Recent research has emphasized the link between the presence of obesity and an increased risk of developing certain types of cancer.

The increase in the risk of breast cancer is particularly high in women who are overweight and have been through menopause.

For this reason, doctors may advise some women to adopt various weight loss strategies to prevent the development of tumors.

Now, a new study suggests that rather than changing what they eat to prevent tumor growth, a person may benefit from simply timing their meals differently.

“Improving the metabolic health of postmenopausal women with obesity may mitigate their risk for breast cancer,” explains the study’s lead researcher Manasi Das, Ph.D., from the University of California in San Diego.

Das and colleagues, who conducted their study in mouse models, have found that time-restricted eating could arrest tumor growth. Moreover, they have uncovered some mechanisms that may explain the link between obesity and cancer.

The researchers will present their findings on Saturday at ENDO 2019, the annual meeting of the Endocrine Society, which is taking place in New Orleans, LA.

Time-restricted eating requires a person to have all of their daily meals within a specific window of time each day. This approach, the researchers suggest, could have a more positive effect on metabolic health than simple calorie restriction.

“Time-restricted eating may be more successful than calorie restriction in controlling the negative effects of obesity, due to the hunger and irritability that makes it more difficult to stick with long-term calorie restriction,” notes Das.

In the current study, the team conducted their research using female mice with no ovaries to simulate postmenopausal conditions. The researchers split their study into three stages.

In the first stage, the researchers induced obesity by feeding the mice a 60-percent high-fat diet for 10 weeks. 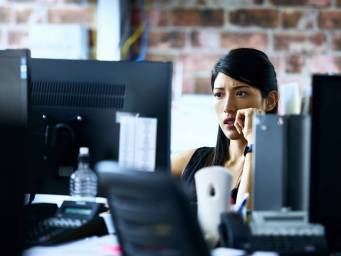 Breast cancer: Does stress fuel its spread?
More research suggests that stress contributes to breast cancer risk, and it shows why this happens.

Then, they gave some of the mice unrestricted 24-hour access to food, while the rest had their access to food restricted to the 8-hour window during which they were the most active (in the case of mice, this occurs at night).

All of the mice also received injections with breast cancer cells for 3 weeks after the start of the experiment. The researchers then periodically monitored the growth of cancer tumors in each rodent.

The researchers compared the results for the obese mice with findings in a control group of rodents who had received a low-fat diet instead.

A cheap and effective prevention strategy?

In the second phase of the study, the researchers genetically engineered a group of mice to develop spontaneous breast cancer. Then, they fed some of these mice an unrestricted diet, while the others received a time-restricted diet. Both groups’ diets were high in fat. As before, the researchers monitored tumor growth in each rodent.

Finally, in the study’s third phase, the researchers focused on the potential role of insulin resistance— which can be an effect of obesity — in tumor growth. To do this, the team increased insulin levels in mice on a low-fat diet by implanting an insulin pump. They gave a group of control mice saline solution instead.

The researchers then gave diazoxide, a substance that reduces insulin levels in the body, to mice on a high-fat diet. In this case, the researchers compared the mice with a control group that did not receive diazoxide.

According to Das, “The results suggest the antitumor effect of time-restricted eating is at least partially due to lowering levels of insulin, suggesting this intervention may be effective in breast cancer prevention and therapy.”

The lead researcher believes that the current findings may, in the future, lead the way to better prevention strategies for people at risk of cancer.

“Exploring the ability of time-restricted eating to prevent breast cancer could provide an inexpensive but effective strategy to prevent cancer impacting a wide range of patients and represents a groundbreaking advance in breast cancer research.